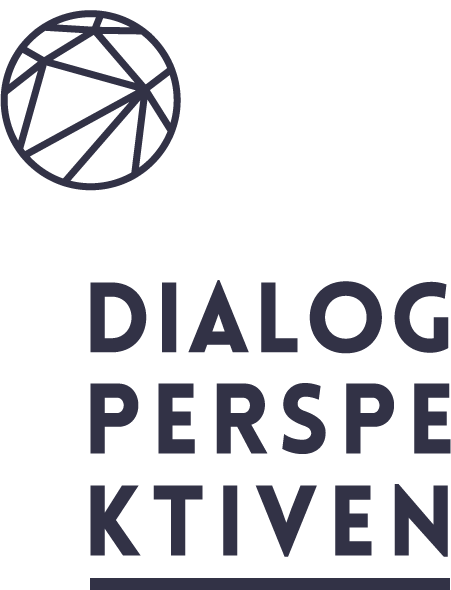 Now on the first day of the week Mary Magdalene came to the tomb early, while it was still dark, and saw that the stone had been taken away from the tomb (John 20,1)

I greet you while we enter into the “Holy Week” in Western Christian communities. We celebrate Easter Sunday on April 11th this year. According to the Christian Orthodox tradition Easter Sunday is celebrated later, on May 2nd. It is a Christian narrative that I want to share with you.

The week between Palm Sunday and Easter Sunday is called “Holy Week” in English, and in many other languages. In the various Christian traditions, this week focuses on everything that life has to offer existentially: joy and hope for liberation, sharing something to eat and saying goodbye, disappointment and betrayal, accusation and condemnation, hatred and violence, murder, loss, grief, and despair. But one step at a time.

On Palm Sunday, Jesus entered Jerusalem on a donkey. He wanted to celebrate the Jewish feast of Passover with his friends in Jerusalem. The roadside crowd cheered him and greeted him with palm fronds. “Hosanna! Praise be to him who comes in the name of the Lord!” They shouted. For in the book of the Prophet of Zechariah it is written that the “Savior of Israel” would enter Jerusalem on a donkey. People hoped that Jesus would be the one and save them. He was supposed to lead a rebellion, and free them from the bondage of the Romans. When Jesus did not live up to their expectations, the crowd shouted again five days later. This time not full of joy and jubilation, but full of disappointment, anger and hatred. They literally shouted him to the cross.

How could Jesus himself have felt in all this excitement about himself? Did he know that he would disappoint the cheering crowd and therefore experience anger and hatred? On the night before his arrest, he asked God to let the heavy goblet pass him. Did he have any idea of the tortures and pains he would have to endure before his death?

Earlier on that evening, which in English speaking countries is called “Maundy Thursday”, Jesus and his friends met one last time for supper. First Jesus washed their feet. Then they shared bread, wine, and fellowship for one last time. Jesus even foretold his betrayal while eating. His companions would not believe that. Nobody would betray him. They were sure of that.

But the betrayal happened. The next day Jesus was arrested, taken to the Roman governor Pontius Pilate, sentenced to death, tortured and nailed to the cross like a criminal.

He had been hailed as a savior. Five days later, on Good Friday, his torture was applauded, his crucifixion stared at, and his death celebrated.

Cheering and joy, hatred and violence are so closely linked together. Large crowds, like back then during the feast of Pessach can have a liberating effect, and give people hope. But they can also be hijacked by right-wing populist, fundamentalist, and human trappers. Cheering can quickly turn into yelling, joy into hatred and violence. The crowd itself can become violent, as we have seen with Donald Trump, when he incited his supporters to storm the Capitol during his speech on January 6th 2021 in Washington DC.

But the crowd can also suffer violence: I think of countless demonstrations and parades that begin with dancing and cheering and then end in bloodshed: The demonstrations in Myanmar, which have taken place almost every day since the military coup. The military has beaten up peaceful civilians and shot them with real ammunition. Hundreds of women, men and children have already been killed.

I think of dancing and singing demonstrators in Belarus have been protesting against the government’s election fraud for months. Many of them were beaten, arrested, threatened and tortured.

I think of the “Black-Lives-Matter” movement in the US back in the 1960s, when the theologian and Baptist preacher Martin Luther King and others went to the streets to demonstrate for equality and against racism and violence. They occupied buses and public places, celebrated church services and sang gospels. Martin Luther King and others were murdered in cold blood for this.

And I think of lesbians, gays, bisexuals and trans* people who went to the streets for the first time in 1969 in front of the “Stonewall-Inn” Bar on Christopher Street in New York against raids and police violence. They were beaten, arrested, threatened and criminalized by police officers. But they kept going to the streets. To this day queer people and their allies demonstrate for respect and equality every year around the world during “Gay-Pride-Parades”. Yet, homosexuality is still criminalized in over 70 countries, and still carries the death penalty in seven countries.

Jesus died on the cross. He was removed from the cross and buried. But that wasn’t the end of the story. The following Sunday, Mary Magdalene and all the other women who wanted to wash the body found the empty tomb. An angel of God explained to them that Jesus had come out of the grave. Suffering and death had happened. Something had come to an end. But there was also a new beginning.

On Easter Sunday, Christians around the world remember that Jesus died, but was risen from the grave on the third day. Something new could begin. He was resurrected, and everyone who saw the empty tomb continued to tell the story. His closest companions met the risen Jesus again. Therefore they found courage and new hope. Death and suffering did not have the last word. Jesus was risen from the dead, “allelujah!” Since then, the “alleluja” is sung at Easter services all around the world.

The hope of the Christian faith rests on the resurrection of Jesus from the dead. Jesus Christ died and rose again. Darkness and despair, suffering and death were real, and they are real to this day. But there are also other narratives: stories of new beginnings, coming-out stories, stories of transitions, large and small departures, and courageous declarations by queer people and their friends who no longer want to remain silent in the Catholic Church despite the latest declaration of the Vatican´s “Congregation of faith” that condemns same sex partnership blessings. #loveisnosin! Thousands of Catholics worldwide have posted their solidarity with queer people under this hashtag. And they continue doing that.

Hatred and violence, threats, suffering and death do not have the last word. Life goes on. It stretches towards spring and light, and tells stories of solidarity. Such Easter experiences were passed on and celebrated from generation to generation. To this day, the Easter light is brought to people and celebrated, even in times of the pandemic. “Lumen Christi”, the light of Christ. It glows in the dark. And the darkness didn’t take it.

I wish you all a blessed time of spring – regardless of your religious or world view background.
Those who celebrate it: Happy Easter! Pessach Sameach!  And on May 12th: Eid Mubarak!